“If you end up with a boring, miserable life because you listened to your dad, your mom, your teacher, your priest or some guy on television telling you how to do your shit, then you deserve it.”

Last year I was on Cottesloe Beach in Perth, ringing in the New Year as I watched the most spectacular sunset I had ever seen. My heart was heavy, and I was utterly confused about what to do with my life. I wrote a long, feverish rant about the need to change everything, but I had no idea how. 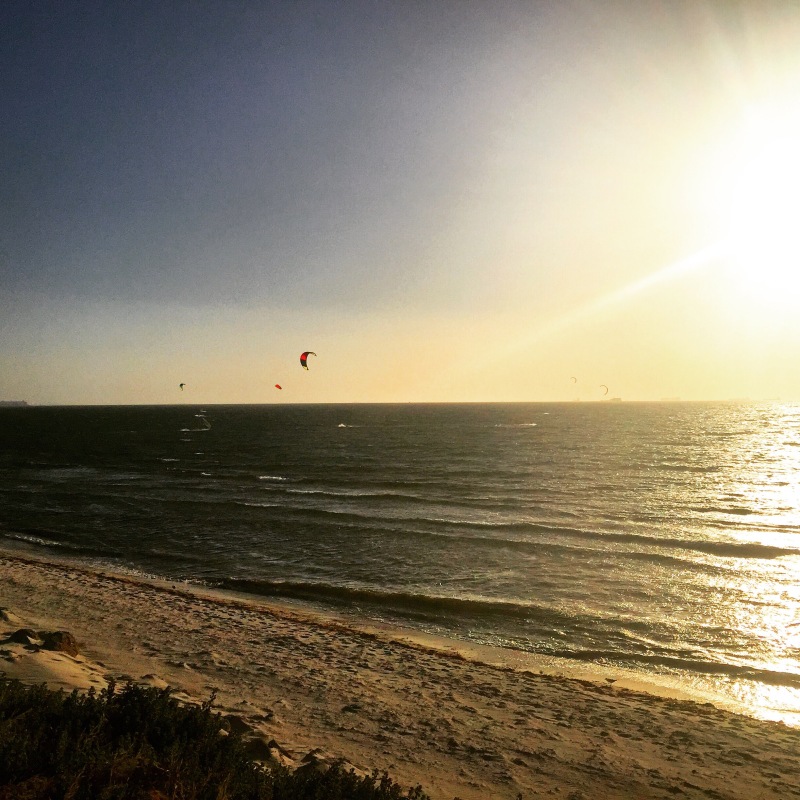 I knew I wanted to write, but how?

I knew I needed a challenge, but how?

I knew I wasn’t happy in Australia…but how?

My response, in typical Jennifer fashion, was a war cry, a literal war cry. I said that I would “haka” my way into 2016.

Actually, my exact words were:

“I want to cover myself in war paint, stick my tongue out and contort my face into terrifying expressions of rage and scream at the world that it can’t fuck with me or the people I love anymore. I want to gesticulate at my genitalia and flex my bulging quadriceps and beat my chest. I want to intimidate the shit out of 2016, then charge at it full speed, stab it in the heart and drink its blood.”

Hey you…Facebook…remember that? I know you do.

And now, as I sit in this beautiful B&B flat that I have all to myself, overlooking the most gorgeous Alpine mountains and eating the remnants of the biggest gingerbread cookie I’ve ever seen…I think it’s safe to say:

Look, Facebook only gives you a certain view of life. My friends who are parents make parenting look like every fairytale I ever read as a kid, but when I talk to them, that’s when I hear about how one kid threw up all over the car seat after eating a blueberry smoothie and now the back of the car seat looks like a smurf was murdered there.

I’ve had many people reach out to me and say that they’re jealous, or that I seem so care free and easy going. And I get that whole ‘grass is greener’ thing. I’ve done it too. To be fair, I try to present a balanced view of myself. Yes, living in Berlin is a ton of fun and I’m not giving it up any time soon. But there are also many perils, threats, dangers, frustrations and challenges that I have to deal with every day. If you’ve been reading my blog regularly, this won’t come as a surprise. But the rollercoaster ride of life stops for no one, so neither can I.

This year, I took chances…after many years of living in Australia, where there were no more left to take. It started off with getting up in front of a crowd of strangers and cracking a few jokes to the pleasant tune of laughter that rang like guttural wind-chimes. They were mostly comedians, so the best response they could muster was a few belly chuckles, but it was the most beautiful sound I had ever heard. I entered a comedy competition, which, for only being my 5th or 6th gig, saw me enter into the prelim finals of a nationwide manhunt for the next big thing. I made instant friends with some of the most awkward, sensitive and emotionally considerate people in Melbourne. I thought to myself “Where have you guys BEEN the past 7.5 years of my life??”

I met the most spectacular human being in the world, Mimi, who confirmed yet again why soul mates don’t have to be men…and for me, anyway, rarely are. 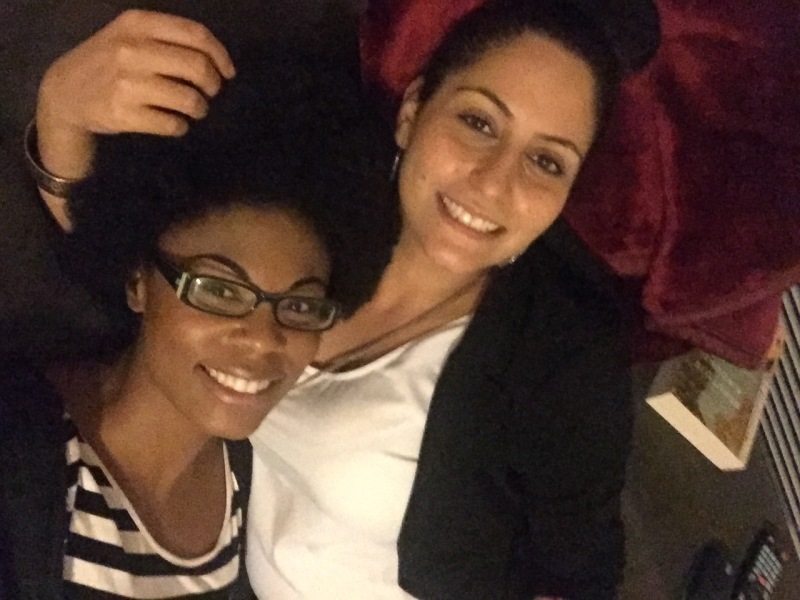 I ate my weight in knedle with Katarina, drank herby liquor with her husband and sandwiched myself between them on the couch to watch movies with a jar of white nutella while their dog tried to hump me. 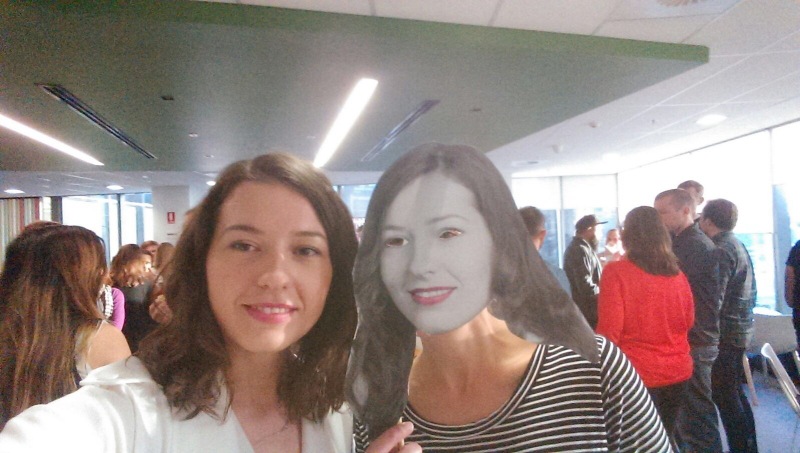 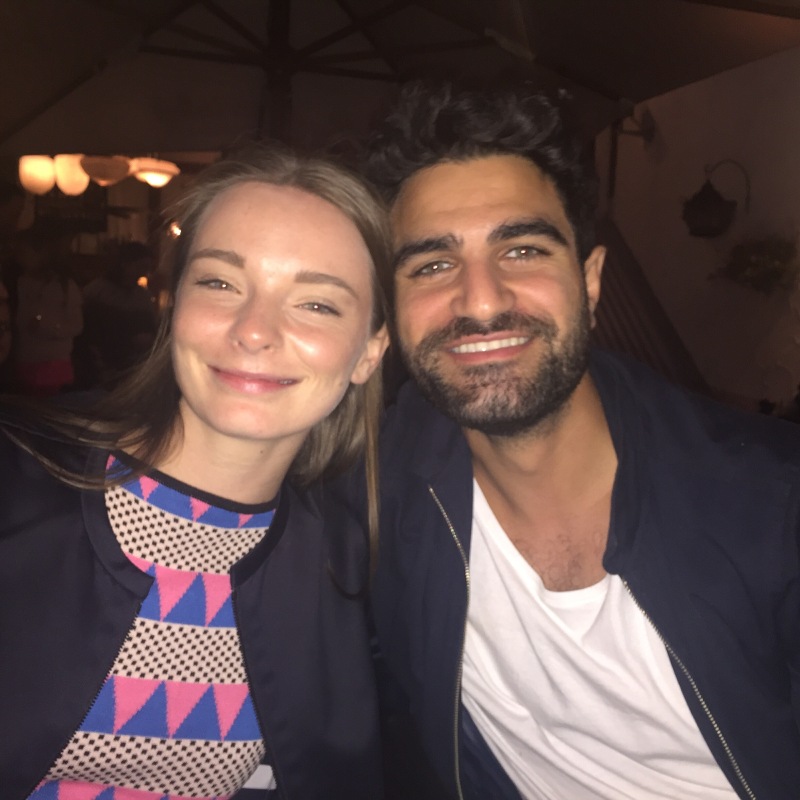 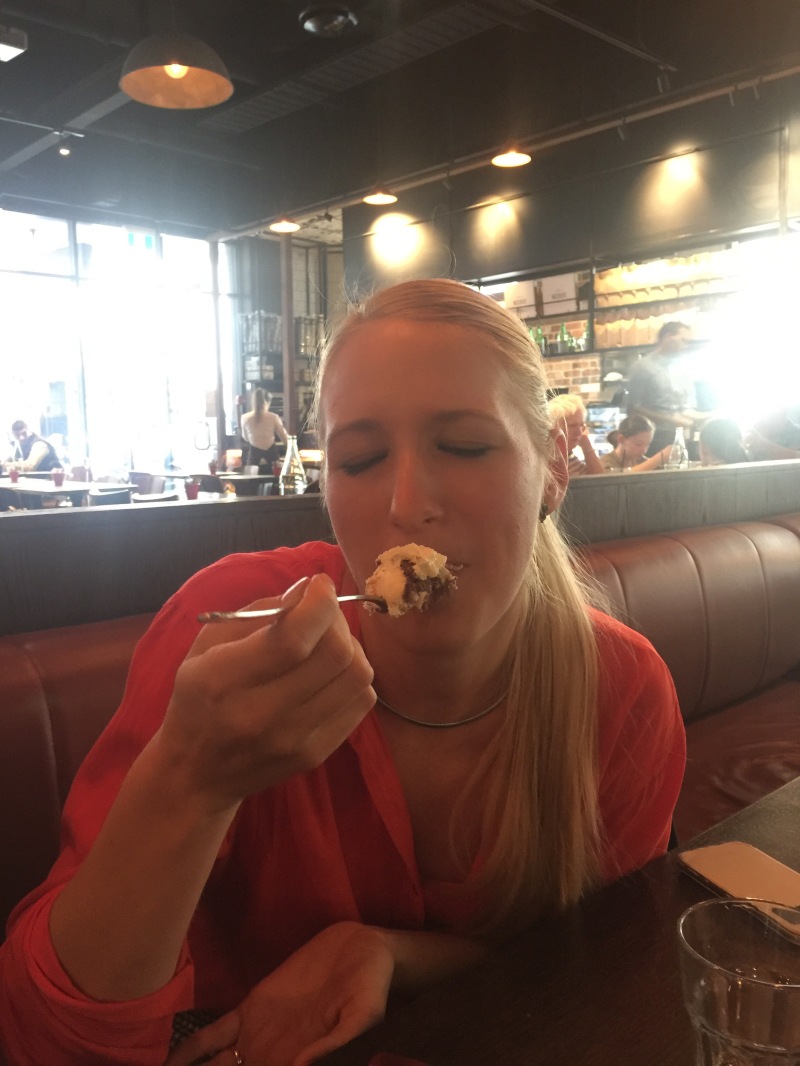 I snuggled at every opportunity with Lynda, and took immense joy in her beautiful laugh. I made injokes with Aeve. I had sandwich days with my FAVORITE client ever. 😉 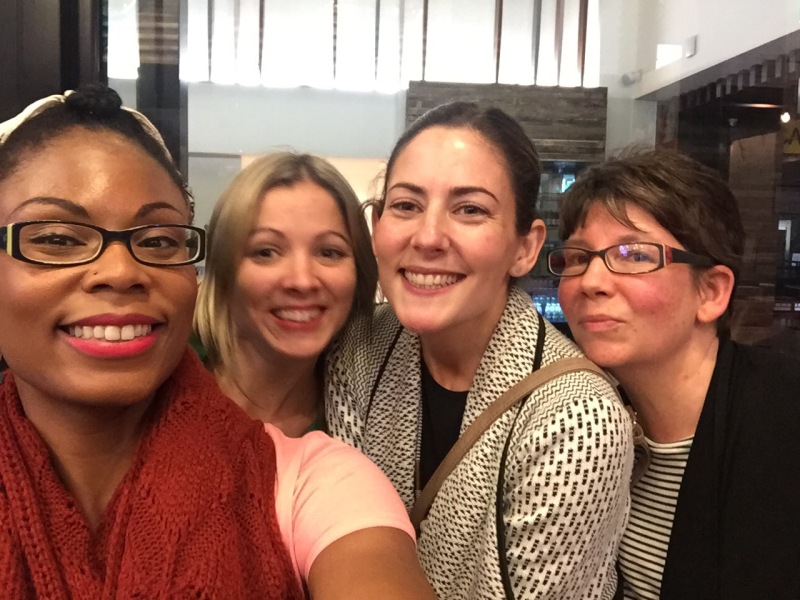 I worked really, really hard at a job that drove me up the wall until I woke up in a full fledged panic attack in the early hours of an autumn morning in Melbourne, screaming so loud my downstairs neighbour came upstairs to see if I was dying.

I quit my job. I quit my life in that moment and decided immediately to get a new one. I can’t tell you the number of times I cried and panicked before that critical moment. By the time I finally snapped, I was emotionally destitute, and numb.

I left Australia to travel Europe. I dug into my savings, fiscal responsibility be damned, and spent whatever I felt like spending from the job that drove me mental to bring my sanity back. My first stop was London, where Greta and Beverley brought me back to life again with their love, witty humour and food adventures. They never knew it, but I was a shell of myself by the time I hit their shores, and they filled me back up again. 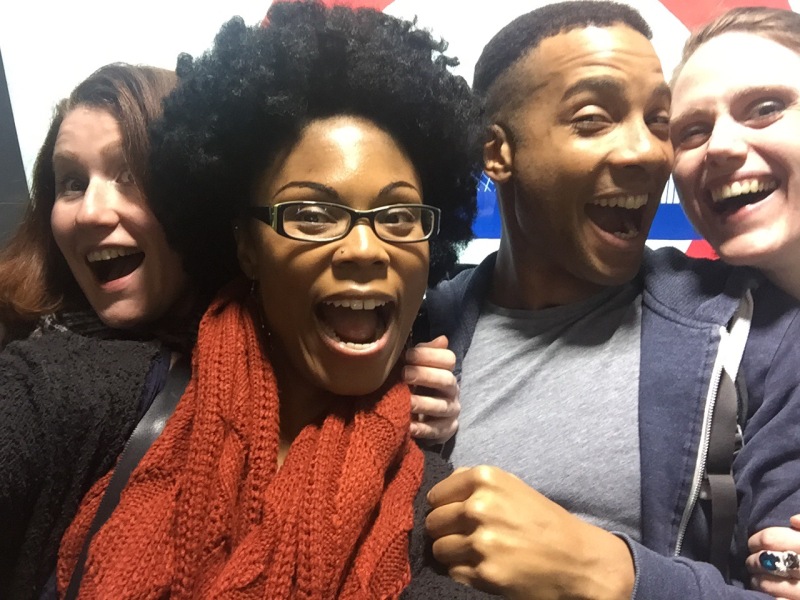 I reunited with my beautiful friends from Japan, and snuggled their beautiful babies.

I performed in London, that’s how I met Daniel and Aydin, who I will kiss ferociously n equal measure upon our reunions.

I got drunk one night and approached a handsome stranger from across a bar who seemed totally unattainable…until I introduced myself. Then I remembered that feeling. I remembered what it can be like to meet someone, and feel like you’re falling into something that’s bigger than you, the stars, the planets and Nutella all at once.

I got stalked by a crazy woman from Detroit [is that redundant, or…?]

I performed comedy in Amsterdam. I did it in a lace onesie while telling dick jokes about Donald Trump. I performed in Berlin…I headlined…in Berlin. I fell in love with a city as dirty as it is beautiful, and then I went back to Australia, sold everything I owned and moved there. I held my friends, cried all over them, held the man who took me there to begin with, thanked him for his bottomless friendship and love and left them to start over again.

I drove myself crazy thinking about whether or not I was making a mistake.

But the moment I landed, I knew that I hadn’t. Berlin has truly been the grand finale of my year, with all the joy, anger, frustration and heartache of the past five years combined into just four months. I’ve been published in dream publications…next up, The Atlantic and The New York Times. I went into business for myself. I was robbed in a restaurant. I was intimidated by a Nazi on a train. I performed all over town. I met the most amazing crew through a high school friend who’s always had my back, even from a distance.

I was chased home by three thugs, and the police did nothing. I was followed through a park at night after a birthday party. I was followed home by a deranged meathead who wouldn’t take no for an answer. I gave up on existing in public and hid in my flat until Jessica and Bror dragged me out…and bought me pepper spray. I learned German…I’m still learning German. I will be for some time to come. I danced down the halls of government buildings with miles of paperwork to get legal status, and I fist pumped the air at every stamp of approval. I roasted a turkey in a stranger’s home whom, by the end, felt like someone I had known my entire life. I met a gorgeous, young economist who made me laugh, smile, think and who will probably change the world with his Bayesian knowledge. I went back to London to work, and to gather strength to prepare me for the onslaught of Christmas. I drank absinthe from time to time. I went to Christmas markets until a terrorist attack stopped everyone from going to them.

I volunteered in a refugee shelter on Christmas Day, and handed out chocolate santas to kids who formed small gangs amongst themselves and bartered chocolate santas for other favors…like in Oz.

I felt lonely often, and unsure of the future…but not unsure of myself. In fact, I’m sick of the need to appear demure. I’m not unsure of who I am. I know what I’m capable of. And I’m doing it.

So! Now, I now write professionally, I perform standup comedy, and I’m living in Berlin.

How? Because I made a conscious agreement with the universe, Buddha, Mohammed, Jesus and Xenu to fall flat on my face a million times to get there in the end. And that’s exactly what’s happened.

I fell down over…and over again…but I’m here.

Or, to be more accurate, I’m here.

…in Salzburg. And I’m staying here until this witching hour of a year is over, and we can get on with the much-needed revolution of 2017. You in?

My resolutions this year are private, but they’re written down. And I’ll tick them off one by one, because I’m a fucking boss. That’s what I do.

Happy New Year to every single one of you.

At the expense of sounding like a self-help poster hanging from the ceiling that you stare at while lying flat on your back and getting a pap smear, I’m being completely serious when I say this – you only have one shot. Make it count.